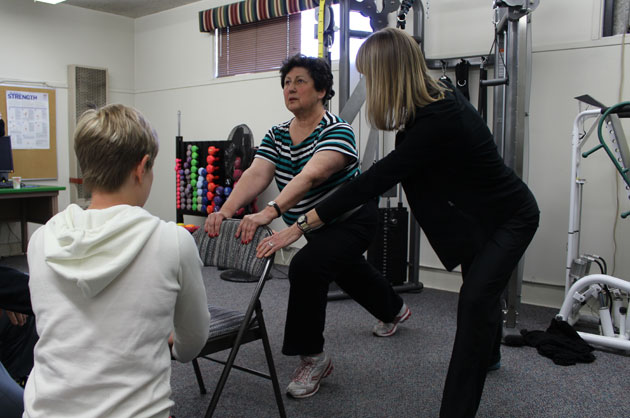 Exercise as Medicine for Parkinson’s Patients

Dr. Queseda and John Berdoulay, PT, are spreading the word about how exercise, especially in the early stages of Parkinson’s disease, can help patients such as Linda Teichman (pictured above) stay healthy.

When Ramon Queseda, MD, told his patient Linda Teichman that exercise could help her Parkinson’s symptoms, she was skeptical. But she followed his advice anyway.

Today, the Los Altos, Calif. woman is a model patient: She exercises five days a week, at least two more times than before her diagnosis a year ago. She says she’s stronger now.

Parkinson’s is a degenerative brain disorder interfering with movement, flexibility, balance, agility and other motor skills. It affects about 1 million people in the United States. The progression is considered gradual, and there’s no cure — only medication to relieve symptoms. 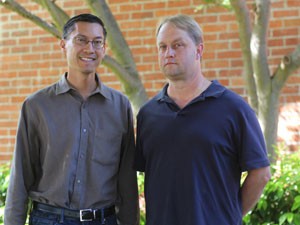 Dr. Queseda is a physical medicine and rehabilitation physician who cares for patients with neurological diseases at Kaiser Permanente Redwood City, the Northern California regional center for neuroscience and neurosurgery. He said emerging research suggests that exercise, especially in the early stages of Parkinson’s, may slow down the disease’s progression, improve quality of life, and delay the end stage of being bedridden. Exercise is beneficial because it appears to prevent the brain’s neurons from breaking down, which is what happens with Parkinson’s.

However, most Parkinson’s patients don’t exercise, in part because they would need assistance and guidance to do so. Many patients are referred to physical therapists, but there’s a need for ongoing, community-based exercise programs for this population.

Exercises for Parkinson’s patients address balance, coordination and agility, and emphasize large, almost exaggerated, movements involving the whole body because the disease causes movements to shrink. An example would be to bounce a ball while taking extra wide steps in multiple directions.

Berdoulay said after he tailored the exercises to the specific needs of Parkinson’s patients, he saw a significant improvement among patients’ balance and walking.

Several physical therapists who attended the training said they left with ideas on how to best approach patients, including how to lead group classes. Almost half of the 62 therapists attending were from 13 Kaiser Permanente Northern California medical centers.

Teichman attended the trainings as a patient demonstrating exercises. A year after religiously keeping a regular exercise routine, doubts remain. Even so, she is convinced her symptoms would be worse if she were sedentary.

“Exercise is recommended for anyone,” she said. “Remember, if you don’t use it, you’ll lose it.”