Marie Lee was diagnosed with diabetes in 1999, the same year she started her job in Sales & Account Management at Kaiser Permanente. 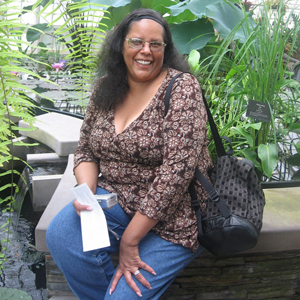 Marie Lee in 2007, before her weight loss journey

Her KP physician regularly urged her to lose weight. Then her father, also diabetic, lost two limbs, and eventually passed away.

“I would initially lose weight. Then I would gain it back, plus sometimes a bit more,” she said.

In the hallways at work, Lee would pass KP’s workplace messages encouraging eliminating soda consumption, walking, and other easy lifestyle tips. More and more she paused to read the advice and offers. “They were sinking in,” she said.

Then came the fateful day that Lee’s doctor gently suggested more medication was needed to control her diabetes.

“I asked her to give me one more chance,” Lee said.

For Lee, a data consultant in downtown Oakland, it was never really about a dress size, a number on the scale, or a fast weight drop. It was about her health.

With that in mind, Lee took the plunge.

“I decided if I could just change one little thing, that could be the catalyst for more.”

In January 2012, Lee weaned herself off of sodas. She was a bit surprised by how quickly some of her weight came off.

“What I hadn’t quite realized was that every time I had a soda, I was combining it with candy, chips, or French fries. I was really blind to that habit. So when I stopped the drinks, I stopped the snacks.”

Encouraged, Lee decided on her next move: exercise. She joined the 24-Hour Fitness 3 minutes from her home, describing it as “a luxury” to be able to work out at 5:30 a.m. before work or late at night. 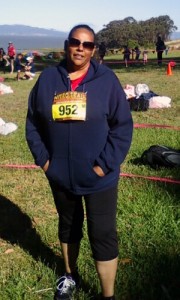 Midway through her lifestyle change, Lee was using 5K runs and walks to get in shape. Biking came not long after.

“Within a week at the gym I started working out with a personal trainer. I knew that I would lose weight but gain muscle, so I wasn’t disappointed in the scale. I lost 20 pounds between January and March, then nothing between April and May. But what mattered only was that I just kept shrinking in size,” Lee said.

Lee’s trainer turned her on to jogging, which led to her first 5K.

Through a new friend at the gym, Lee added on bike riding. She began reading inspirational weight loss stories on the Internet. Eventually, she committed to working out—and hopping on the scale—7 days a week.

By fall Lee had inspired her husband to join Weight Watchers with her, so they could eat well together. He has lost 20 pounds so far. Their favorite trick? To mix in lots of vegetables with their meals.

She even made it through the holidays, opting for a small sliver of her very favorite food—homemade sweet potato pie.

A year after what seemed like her last-ditch effort to lose weight, Lee has lost 85 pounds, dropping from a size 24 to a size 10. 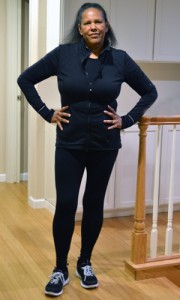 Marie Lee this year—85 pounds lighter and with a goal of losing 15 more.

Asked for a highlight of her accomplishment, Lee said it was not about buying and showing off some new clothes, although she says it is nice to know she is now almost the same weight as when she met her husband in 1978.

It’s not even that she can do push-ups, now challenging her young nephews to a throw-down. (But that is pretty fun.)

Instead, she said, it’s how a colleague, also over 50, felt encouraged. “She said that if I could do it, maybe she could, too,” explained Lee. “I felt so good about that.”

These days, Lee’s blood sugar levels are “looking great,” so she is reevaluating her medication soon with her physician. She feels that being a lifelong Weight Watchers member is essential, with monthly weigh-ins demanding she stay within 2 pounds of her goal weight.

“The one thing that made me successful was that I finally had everything in alignment,” said Lee of her success. “My heart, my soul, and my mind were committed together to doing this.”