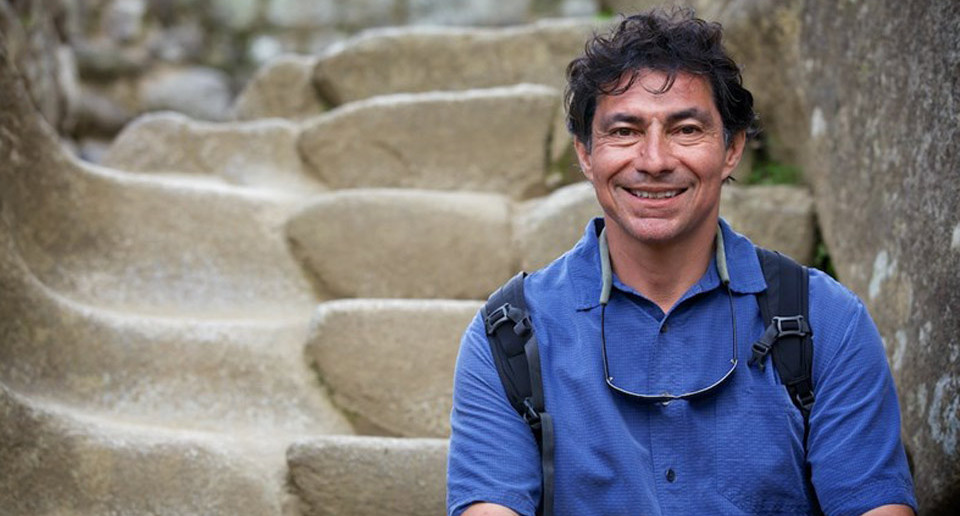 Heading to the Heart of the Ebola Crisis

Drs. Garzon and Whiteley are bringing their expertise to help with the Ebola virus outbreak. Picture: Dr. Garzon in Peru in 2013, photo credit: Chip Duncan

Hernando Garzon, MD, is someone who knows his way around a crisis. The Emergency Department physician enjoys the unknown and the challenge of it—that is clear from the opening lines of his My Doctor Online page. 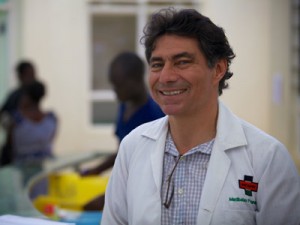 Dr. Garzon might be facing his toughest crisis yet—the Ebola virus outbreak in Africa. He left Sunday, Oct. 5 for Sierra Leone, where he’s volunteering with International Medical Corps to set up and run an Ebola treatment unit as well as deliver patient care until Nov. 9.

“This is a massive, growing crisis in an area of 22 million people,” he said. “There’s been limited response. There’s a need. I feel the pull to go.”

Relatively few doctors and nurses are raising their hands to go to West Africa, according to relief organizations.

“After the Haiti earthquake in 2010, thousands reached out to us in days,” said Margaret Aguirre, head of Global Initiatives with International Medical Corps. “When the Ebola outbreak started hitting the news, we got maybe a handful of volunteers the first few weeks.”

Aguirre said the reasons are complex, but it ultimately boils down to one thing: “It’s scary.”

With such a paucity of volunteers, the International Medical Corps and other relief organizations have had to actively recruit.

But that wasn’t the case with Dr. Garzon. He stepped forward to go.

Dr. Garzon, a 2010 David Lawrence Community Service Award winner and director of Kaiser Permanente’s Global Health Program, is no stranger to disaster responses. Since 1995, he has volunteered at 15 domestic crises and 11 international ones, including those caused by natural disasters and political violence.

“We all feel a different sense of connection—there’s self-preservation, then the circle of family, friends, and your surrounding community,” Dr. Garzon said. “Over the decades, I have expanded my sense of connectedness to the whole world.”

Vinh Le, MD,  chief of the Kaiser Permanente Sacramento Emergency Department, said he and the staff knew it was only a matter of time before Dr. Garzon would volunteer with the Ebola crisis.

“He told us the same week when we heard the news that five aid workers and three journalists were killed in a Guinean village. We were all worried for Dr. Garzon and even more proud of him,” Dr. Le said. “As usual, our doctors stepped up to cover his shifts within days.”

Before he commits to a medical mission, Dr. Garzon always evaluates the risks. With this one, he determined that he could be safe.

He concluded that the need was greater than the risks.

Even so, the risks are the highest he’s ever encountered. Dr. Garzon wouldn’t say he’s fearful.  Rather he characterized his feelings this way: “My concern is higher.”

Dr. Garzon added that everyone, including his family and co-workers, are supportive of his decision.

“Only one of my children and one friend said they don’t want me to go, but that they understand why I would choose to go,” he said.

Emergency Department colleague Carolyn Haase, MD, was that friend who said she didn’t want him to go because it’s too dangerous.

“That being said, he has the skills to understand, organize, teach, and orchestrate a successful plan that could halt a devastating epidemic,” she said. “I don’t call him ‘Nando Man’ for nothing.”

Like all volunteers, Dr. Garzon will receive training on safety gear and how to deliver care in the protective clothing.  There’s no vaccine or preventive medicine for Ebola, and no specific treatment for the deadly virus.

Aguirre said relief organizations need seasoned medical professionals, such as Dr. Garzon, to volunteer because the assignment is so tough.

“Having volunteers like him is absolutely critical to stopping Ebola.”