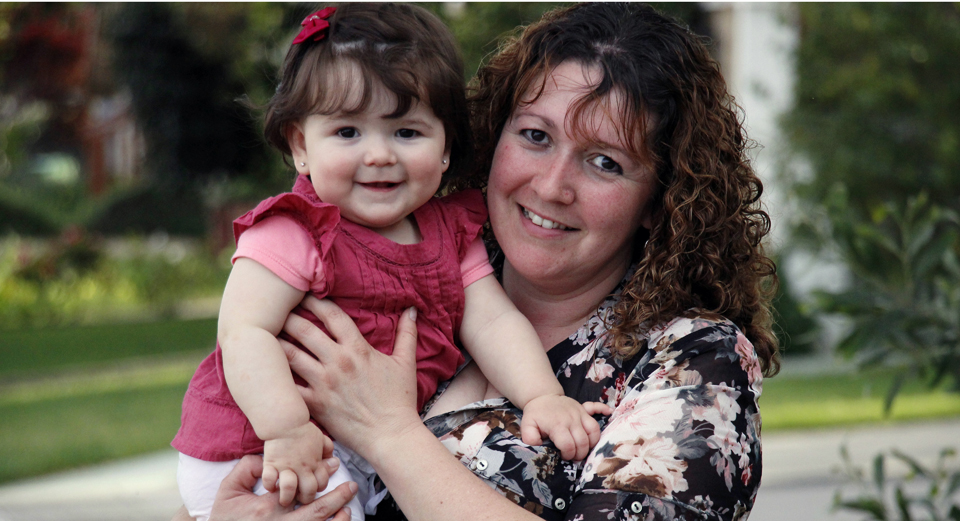 Two studies published in the journal Obstetrics and Gynecology show Kaiser Permanente Northern California’s perinatal depression screening program has increased the identification and treatment of depression in pregnant women and women who have recently given birth.

Veronica Monroy describes herself as a very happy person, but about two months after her third child was born she began feeling depressed.

“I felt really sad all the time, and I didn’t feel like getting dressed,” she said. “I love singing, and I sing in my church choir, but I felt like I didn’t have the energy to sing anymore. It really scared me.”

Monroy is a longtime Kaiser Permanente member who received treatment for her depression after taking part in a perinatal (before and after birth) depression-screening program that was implemented throughout Kaiser Permanente Northern California in 2010.

Two Kaiser Permanente studies published this month in the journal Obstetrics and Gynecology found that the screening program increased the identification and treatment of women suffering from depression before and after giving birth, and it resulted in significant reductions in their symptoms.

The screening program begins with medical assistants who give women a nine-question survey three different times: at their first prenatal visit, at a visit 24 to 28 weeks into their pregnancy, and again three to eight weeks after giving birth. Each woman’s obstetrician reviews the survey results, and when symptoms of depression are present, offers treatment and referrals for individual counseling, classes, support groups, or medication.

“Women may not recognize what they’re feeling as depression. They may feel bad that they’re not as happy with a new baby as they think they should be,” said Tracy Flanagan, MD, director of Women’s Health for Kaiser Permanente Northern California, clinical lead of the screening program, and lead author of one of the studies. “It’s a prevalent mental health condition that affects whole families.”

Kaiser Permanente researchers compared outcomes before, during, and after implementation of the depression screening program, for nearly 98,000 pregnancies between 2007 and 2014.

“Ultimately, we saw a major reduction in depressive symptoms,” said Lyndsay Ammon Avalos, PhD, MPH, lead author of one of the studies and a research scientist in the Kaiser Permanente Northern California Division of Research.  “We found that the screening program works.”

‘They Really Cared for Me’

Dr. Flanagan added that the screening program has also helped women feel more free to talk about depression and ask for help.

“Even if a woman is not feeling depressed at the moment she’s being screened, the fact that we asked the questions may prompt her to seek help if she develops depression later.”

Veronica Monroy is grateful for the help she received. During the five to six months that she suffered depression, she took medication, saw a therapist, and joined a Kaiser Permanente yoga for depression class.

Her baby is almost a year old now, and she said she’s feeling much, much better.

“I’m very thankful for all the support I received from my therapist and my doctor. Knowing that they really cared for me — that helped me a lot.”