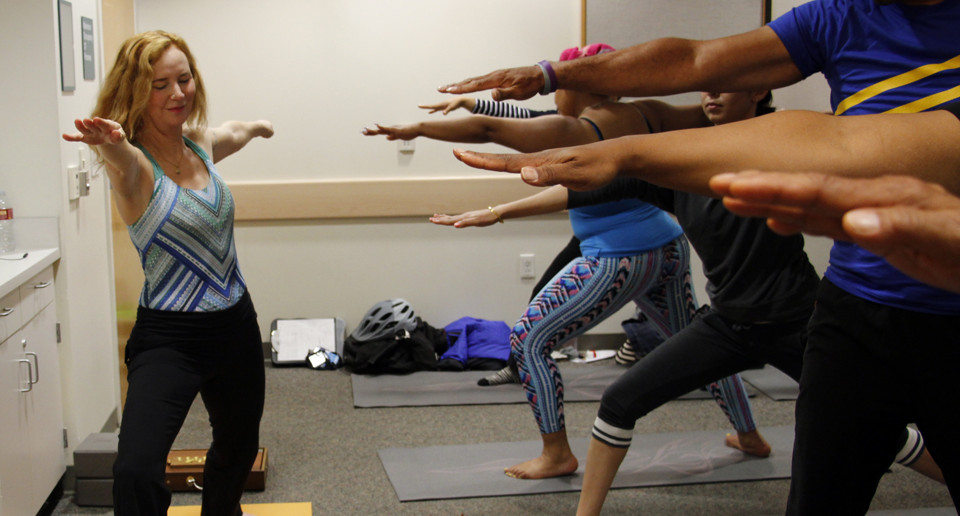 Yoga for Anxiety and Depression

In many ways the weekly yoga sessions in the Psychiatry Department at the Kaiser Permanente Richmond Medical Center seem like any other yoga class.

Yoga mats line the floor, an instructor leads the group through a series of yoga postures, and there’s the calm that comes from a room filled with people practicing mindfulness with movement. 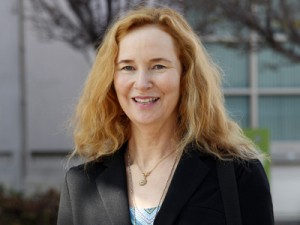 But some aspects of the one-and-a-half hour sessions are unique. One early hint—the words Joanna Manqueros, LCSW, uses as she leads 16 patients in a series of breathing practices.

Manqueros is a KP therapist and the founder of KP Richmond’s Yoga for Anxiety and Depression program. She had been practicing yoga for years when she decided to train to lead yoga sessions to help patients address the somatic, or body, aspects of anxiety and depression.

With anxiety, people may experience symptoms that include shortness of breath, dizziness, and gastrointestinal issues. With depression, they may experience low energy and problems with sleep and appetite.

“The two types of exercise that have been demonstrated by research to relieve depression and anxiety are yoga and cardiovascular exercise,” Manqueros said. “I wanted to make it easy for patients to get started getting moving.”

While talk therapy and medication help, Manqueros said that “when patients actively change the way they move their body, their thoughts and moods change in a positive direction.”

For example, she described how doing a pose lying down with legs up on the wall and feet above the head relaxes the nervous system and is “wonderful for people with anxiety.”

The yoga sessions are open to KP members referred through the Department of Psychiatry. No prior yoga experience is needed. When Manqueros started the group last spring, she had six patients. These days up to 20 take part, and she often has to turn patients away due to space.

A KP translator is usually on hand to translate for Spanish-speaking patients, and Manqueros, who is fluent in Spanish, fills in when needed. After the yoga practice, Manqueros serves tea, then gathers the group into a circle to share their experience and feelings. 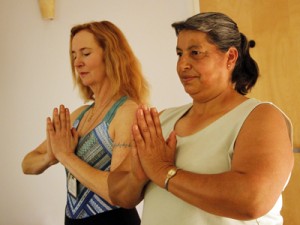 After a recent session, patients shared how yoga helps them to relax, feel calmer, happier, and more positive. And in an interview translated from Spanish by Manqueros, 48-year-old Lucila Valdes said the sessions have helped her overcome a decade of severe anxiety she experienced after she and her family were traumatized by a violent crime.

“The movements and the breathing, it all helps me,” Valdes said. “After the class I feel relaxed, but also with more energy for life.”

Valdes and other patients find the sessions so helpful they’ve started their own yoga practices at home. Bethany Dengler-Germain, 35, said she tries to do yoga two to three times a week to deal with the anxiety she feels around her mother’s cancer, financial matters, and the ongoing stress of working and taking care of a family.

“If you’re doing yoga and you’re really concentrating, you’re too busy to worry,” she said.

She said she’s seen counselors in the past for anxiety, and she also finds exercise helpful. But she described the combination of movement, sharing your feelings, and connecting with a community as “such a good balance.”

“I’ve never done anything like this, and I think it should be used a lot more.”